The Unconquered People on Veterans Day

November 11th is Veterans Day. Otherwise known as Armistice Day, it is a federal holiday for honoring military veterans of the U.S. Armed Forces. Currently, there are six service branches of the U.S. military. These include the Army, Marine Corps, Navy, Air Force, Space Force, and Coast Guard. The date coincides with holidays in other countries (notably Armistice Day and Remembrance Day) that mark the end of WWI. This week, join us to explore the ways the Seminole Tribe of Florida uplifts and honors their veterans on this important holiday!

In our featured photo, you can see a helicopter outside the Veterans Memorial Building on the Brighton Reservation. Read further to learn more about how that helicopter got to Brighton!

Originally, Veterans Day was known as Armistice Day in the United States. It coincided with the anniversary of the end of WWI, which ended at 11 am on November 11, 1918. Armistice Day officially received recognition in the United States in 1926 through congressional resolution. Then, Armistice Day was recognized as a federal holiday 12 years later. Prior to this, there was scattered recognition of Armistice Day, including The Tomb of the Unknown Soldier commemorated on November 11, 1921. Arlington National Cemetery’s most iconic memorial, this tomb provides “a final resting place for one of America’s unidentified World War I service members.” Other unknown soldiers were added in 1958 and 1984 to honor unknown soldiers fallen in WWII, the Korean War, and Vietnam. Additionally, similar ceremonies and internments occurred internationally. Unfortunately, WWI was not the “war to end all wars” and WWII would begin only a few years later.

Thus, after WWII it became clear to veterans’ groups that the name and intention of the holiday should shift to honor all veterans. The first Veterans Day, as we know, occurred in Birmingham, Alabama on November 11, 1947. WWII veteran Raymond Weeks organized a local parade and other festivities. Called “National Veterans Day,” the intention was to celebrate all veterans. Soon, Weeks’ parade received national attention. After, U.S. Representative Edward Rees of Kansas would propose changing Armistice Day to Veterans Day. In 1954, President Eisenhower would be the first to proclaim Veterans Day as a federal holiday. Now, there are numerous Veterans Day ceremonies to commemorate the holiday. If interested, seek out local events and ceremonies to honor veterans from your area. Additionally, the President’s Veterans Day remarks for 2022 are available now.

In an editorial letter for Veterans Day 2017, Seminole Tribe of Florida Inc.’s President Mitchell Cypress touches on why many Native Americans feel called to military service. He wrote, “In World War II, over 44,000 Native Americans fought. Why did they do this? Because our people and these men and women knew the importance of honor, integrity, and the strength of one’s commitment to promises made.” Cypress, who served in the U.S. Army and National Guard, is one of 79 Seminole veterans who have served to date. In a 2019 Veterans Day celebration in Brighton, Cypress reiterated this, stating “We’re always taught to defend your own property as well as your own country. So, I think the thought is still there, and some of them join the military to protect the country.” Cypress continues, saying “The Seminole tribe, they’ve always been fighting since the day they were born.”

The Seminole Tribe are known as the Unconquered People. The only Native American tribe that never signed a peace treaty with the United States, Seminoles have a long history of persevering through war for freedom. For Veterans Day, they honor not only those who participated in modern military service, but also the warriors who protected their people throughout the Seminole Wars and before. “This shows how far we as a Seminole people have come,” Representative Joe Frank stated at a Veterans Day celebration in 2017, emphasizing how important it is to ensure all present and future service men and women are taken care of.  Outside of celebrating Veterans Day, they work hard to do this, collaborating with outside entities to get Seminole Veterans the support they need. It is important to the Seminole Tribe of Florida that all Seminole veterans are honored and supported.

On the Brighton Seminole Indian Reservation, the Seminole Tribe of Florida has constructed their own veterans’ memorial space. The star-shaped Florida Seminole Veterans Building has five points representing each main branch of the military. It was built as a space for veterans to gather, hold activities, and honor Seminole veterans. The building opened on May 28, 2009. It is made of Minnesota Dolomite Limestone, from the same quarry used to construct the Smithsonian Institution’s Museum of the American Indian in Washington D.C. The pentagon-shaped auditorium features a cypress ceiling and holds 515 people. Outside, bronze statues for each branch, as well as one depicting Chief Osceola, honor both modern veterans and the warriors of the Tribe’s past. Inside, memorial areas with photos, personal keepsakes, historical documents, and artifacts pay tribute to veterans from all parts of Seminole history.

A recent addition to the Veterans Building is a retired Bell UH-1 Iroquois helicopter. Commonly known as a Huey, the helicopter is permanently placed outside the doors. But, getting it there was a labor of love and dedication over ten years in the making. The Huey installation was a close project of the late Stephen Bowers, a Seminole veteran who served in Vietnam with the U.S. Army’s 503rd Infantry 173rd Airborne Brigade. Bowers worked tirelessly for veterans’ rights until his passing on June 1, 2020, at the age of 71. Seminole veterans wanted a piece of suitable military equipment to display outside the building. Since Huey helicopters were so important during the Vietnam War, Bowers began searched for years for a non-working one. Finally, on October 28, 2020, the final piece was installed. It now serves to both honor Seminole veterans and as a visual reminder of Bowers’ lasting legacy. 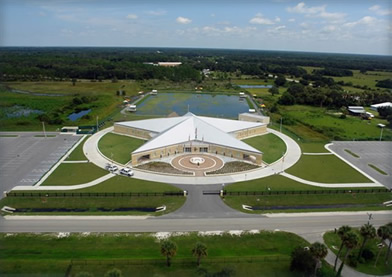 Located in Washington D.C., the National Native American Veterans Memorial works to highlight, honor, and recognize Native American veterans from all branches of the U.S. Military. Opened on November 11, 2020, it is the first tribute to Native American veterans on a national scale. Part of the National Museum of the American Indian, “the memorial creates an interactive yet intimate space for gathering, remembrance, reflection, and healing.” Below, you can see a photo of the memorial itself. An elevated stainless-steel circle balances upon a carved stone drum. Benches surround the circle for gathering, as well as four lances where visitors can tie cloths for prayer and healing. The procession and dedication for this memorial had been postponed for two years due to the pandemic. Finally, it is scheduled for November 11, 2022. Additional celebrations will be happening throughout the weekend. Also, the procession and all ceremonies will be livestreamed.

Seminole Connection to the Memorial

After years of campaigning, talking to tribal leaders and congressmen, getting support, and raising funds, the Smithsonian Institution took up Bowers’ project. In a recent Seminole Tribune article, his sister Wanda Bowers emphasized his dedication, saying “He lived long enough to know the wheels were turning and dedicated the last years of his life to it.” Stephen Bowers’ family will be among those who attend and participate in the dedication today in Washington D.C., to honor his legacy and years of service. 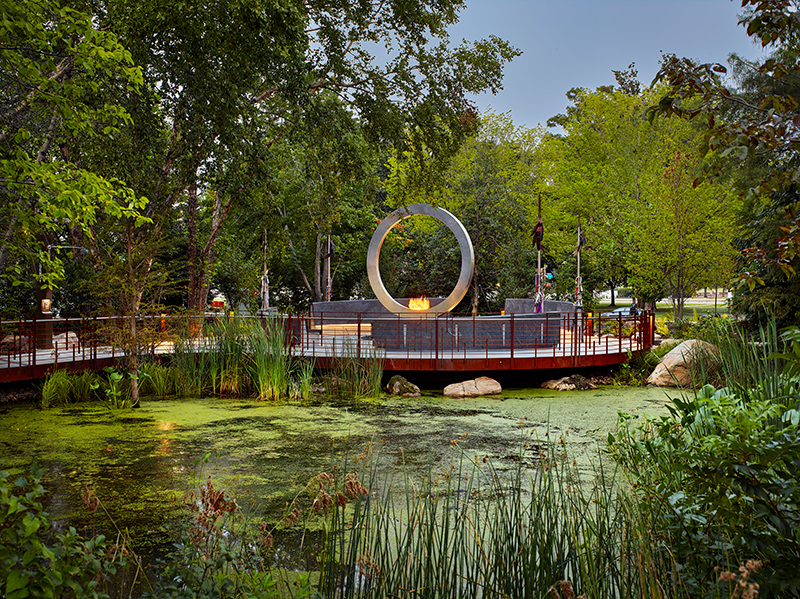 If you would like to read the Fall 2020 American Indian Magazine commemorative issue, a digital copy is available here.

Also available is an online exhibit through the National Museum of the American Indian titled Why We Serve: Native Americans in the United States Armed Forces. 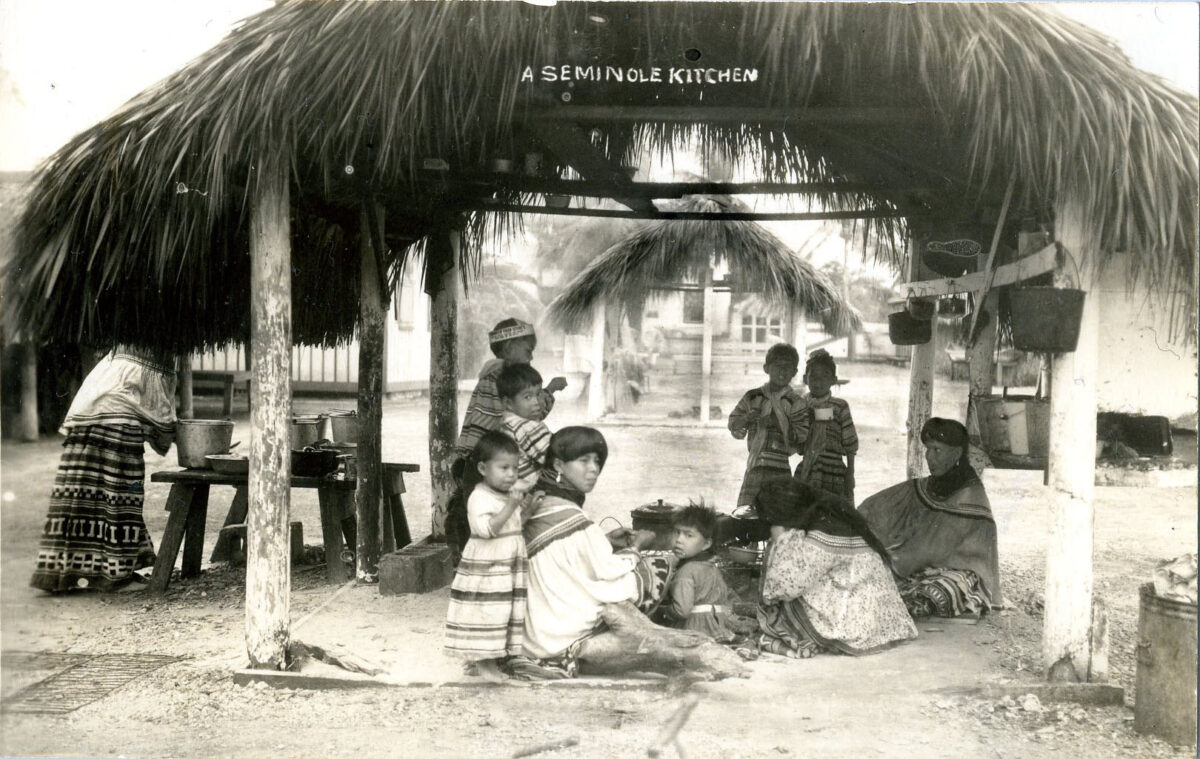 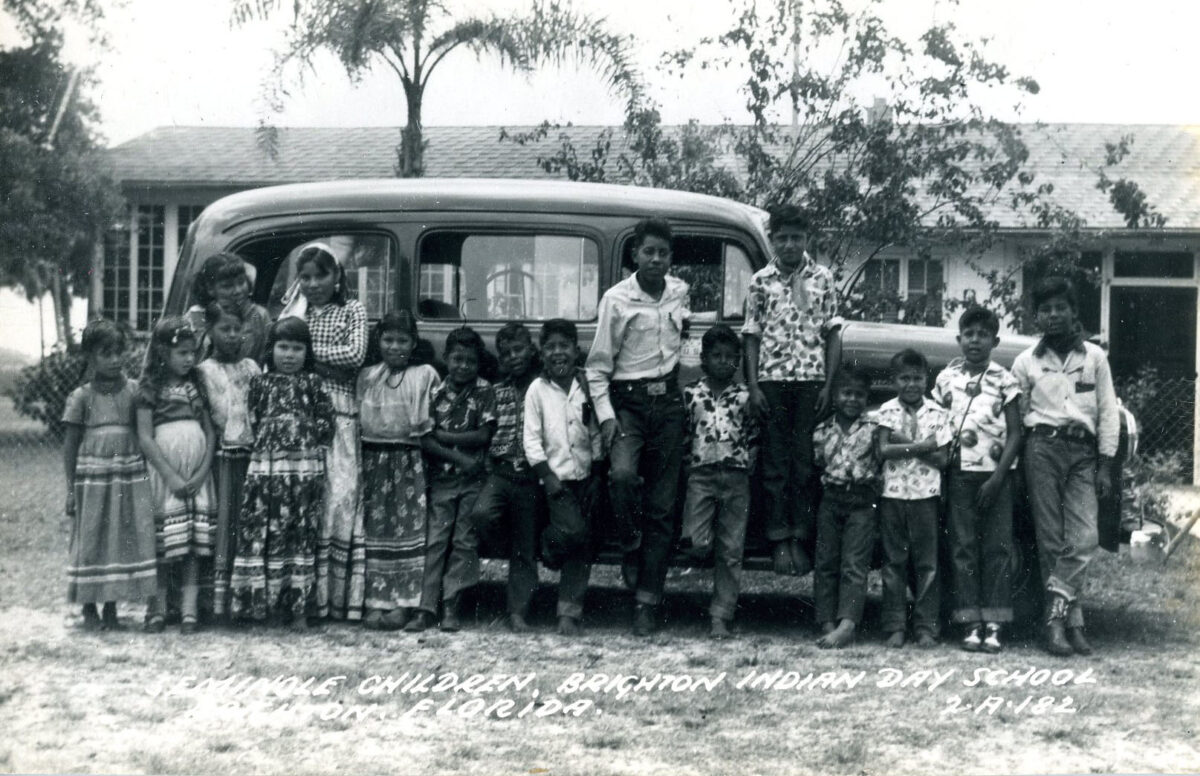