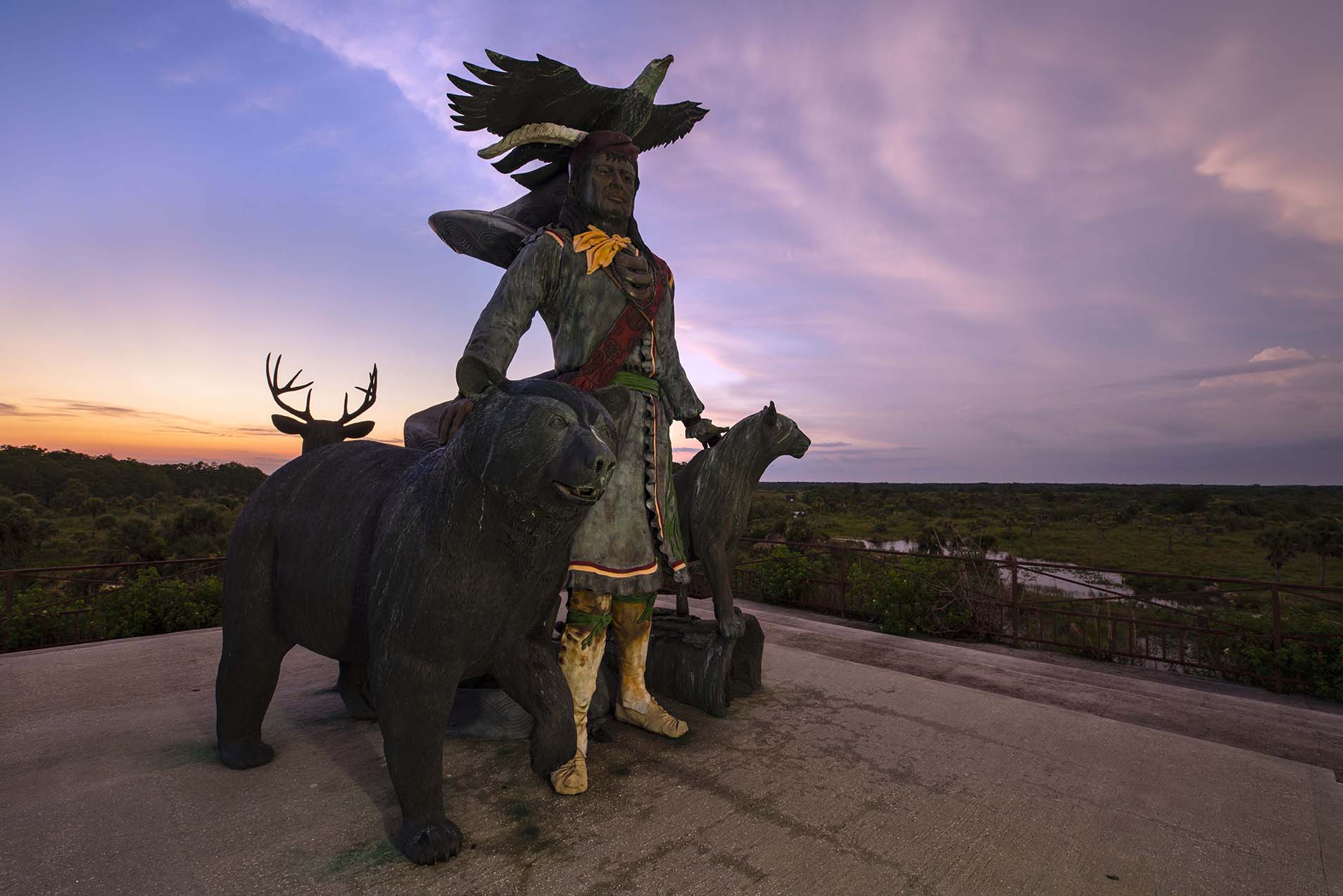 During the 20th Century, the United States was home to an estimated 50 million indigenous people. In the early 16th century, approximately 200,000 Natives were living in Florida specifically, a number that today has dwindled nearly tri-fold due to widespread disease, enslavement and war. The powerful journey of Native Americans has been one of resilience and prosperity, and one that eventually led to the creation of the Florida Seminole Tribe. Still, many Americans have yet to discover the rich culture and powerful history that surrounds the Seminoles and their journey into Big Cypress Reservation in the Florida Everglades.

The Seminoles are considered part of the Five Civilized Tribes, dubbed so by early Anglo-European settlers- along with the Cherokee, Chickasaw, Choctaw and Creek tribes. During the 17th and 18th centuries, long before the Seminole tribe was formed, Native American populations shrank due to disease, slavery and murder brought on by English warfare. Worse, the first half of the 19th century was plagued with several calamitous wars waged by the United States. The Creek War, the First Seminole War and the Second Seminole War cost Natives millions of acres of land and the forced reallocation of thousands (particularly to Oklahoma).  Meanwhile, the Seminoles’ (then Creeks) fierce refusal to be relocated, retreated into the Florida Everglades, where most people felt was uninhabitable. Here, they were able to thrive from hunting, fishing, crop growing and building chickees. In fact, the moniker “Seminoles” originated from the Spanish term “cimarrones”, which means “free people”. This term would come to foreshadow the widespread success the Seminole people made possible, despite opposition.  In 1957, the Seminole Tribe of Florida was officially formed.

In the 12,000 years since Native Americans have called Florida home, they have been able to overcome unimaginable obstacles and create a prosperous community in the Everglades. They were able to form successful trading posts, selling animal hides and handmade crafts. Today, you can find these victorious descendants (of just 300 unconquered Natives) booming in several industries. Well-known for their decade-long ownership of the Hard Rock Café, the Seminoles have also prospered in farming and cattle.

While gaming and tourism earnings provide a great deal of financial support for infrastructure and schools, The Tribe is committed to preservation of their culture and heritage. First-hand experiences surrounding the Everglades and its Native history are alive and well at Big Cypress Reservation. Here, you can find Florida Seminole Tourism and its Big Cypress brands. There is something for everyone. The Billie Swamp Safari provides Eco-entertainment in everything from airboat rides to alligator shows, while the Big Cypress RV Resort and Campground offers an array camping including; RV sites, tent sites and cabin rentals. miniature golf and more. If you’re interested in learning more about the fascinating history and culture of the Seminoles, the Ah-Tah-Thi-Ki Museum is a great place to tour exhibits, and enjoy the flora and fauna along their mile-long boardwalk. Big Cypress Reservation offers a unique and fun understanding of the only unconquered Indian nation in America, the Seminole Tribe!

The Seminole Tribe of Florida is a federally recognized Indian Tribe. FST is a top Florida Everglades adventure, learning and camping destination. We share the excitement and wonder of the Florida Everglades with visitors from around the globe. Our award-winning Everglades attractions including Billie Swamp Safari, Ah-Tah-Thi-Ki Museum, and Big Cypress RV Resort & Campground.

Save the Planet (Too)! 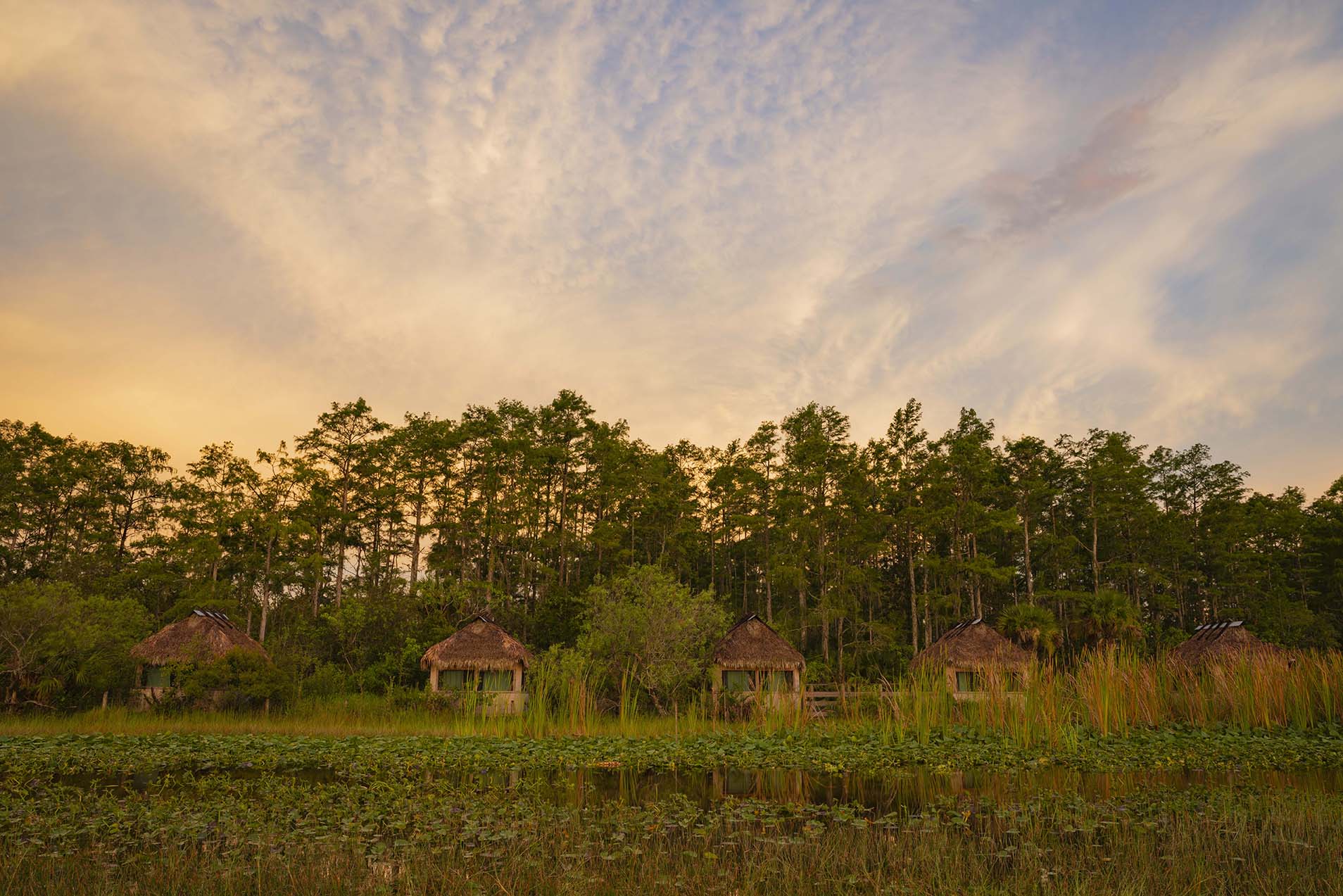